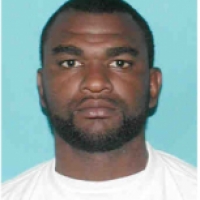 03/07/2012
Gary Simmons 06/26/1983
On 03/02/12 Gary Simmons approached the victim in the 1400 blk of Newton St. at approximately
12:00am and attempted to sexually assault her at knife point. Simmons attempted to force the
victim to a secluded place in the area but, she wasable to flee to safety. Simmons was later
identified as the perpetrator in the incident. ***It should be noted that Simmons goes by the alias
of “Crip” because of a distinctive limp in his walk
.
** Gary Simmons is also wanted in connection with the March 2, 2012 Attempted Murder of a
28-year-old woman which occurred in the 800 block of Vallette Street in Algiers.
If you have any information regarding this incident please notify Special
Victims Section Detective Derrick Williams at 504-658-5533 or nonymously
to Crime-Stoppers at 504-822-1111 or toll free at 1-877-903-7867.