No one knows when and where your life will end, if we did I am pretty sure we would all be prepared. Losing a love one is hard especially when their life is taken so violently.

Kenneth Hall was murdered on June 21, 2015. Kenneth was a very intelligent man who knew what he wanted and wouldn't take no for an answer. He loved his nieces and nephews and would do just about anything for them. His mother was the apple of his eye and any woman had to meet up to the standards that she taught him.

He was not just a friend to many he was a son, a brother, and an uncle who will be missed dearly. His case is still open and we are still waiting to get that call that the murderer (s) have been brought to justice. Although this will not bring him back to us it will hopefully give us some peace. There is not a day that goes by that he is not thought of!

To view the recent WWL coverage of Kenneth's story use the below link: 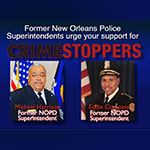 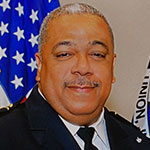 Message from Chief Harrison
Crimestoppers save lives! Their information saves time and dollars, and brings violent off… » Continue 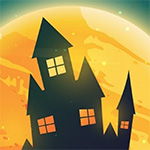