Crimestoppers of Greater New Orleans recently issued a challenge to the private and public schools in the nine parishes it covers to join them in writing thank you letters to local law enforcement to thank them for all they do for the community.

This challenge was issued by Crimestoppers GNO President and CEO, Darlene Cusanza at a press conference covered by all the major local television stations and newspapers.  “We saw a story on the national news about a young girl in Tyler, TX, Savannah Solis, who had sent over 1,000 thank you cards to officers from Texas to New York and was challenging other young people to follow in her footsteps and do the same in their community,” said Cusanza. “

We thought this was such a great idea and decided to join the “challenge” by organizing our own letter writing campaign for area schools to thank police officers.” Our Crimestoppers program has its own Safe School hotline program and speak to many schools, but we do not focus as much on the Elementary schools.  This gave us the perfect opportunity to reach this audience. 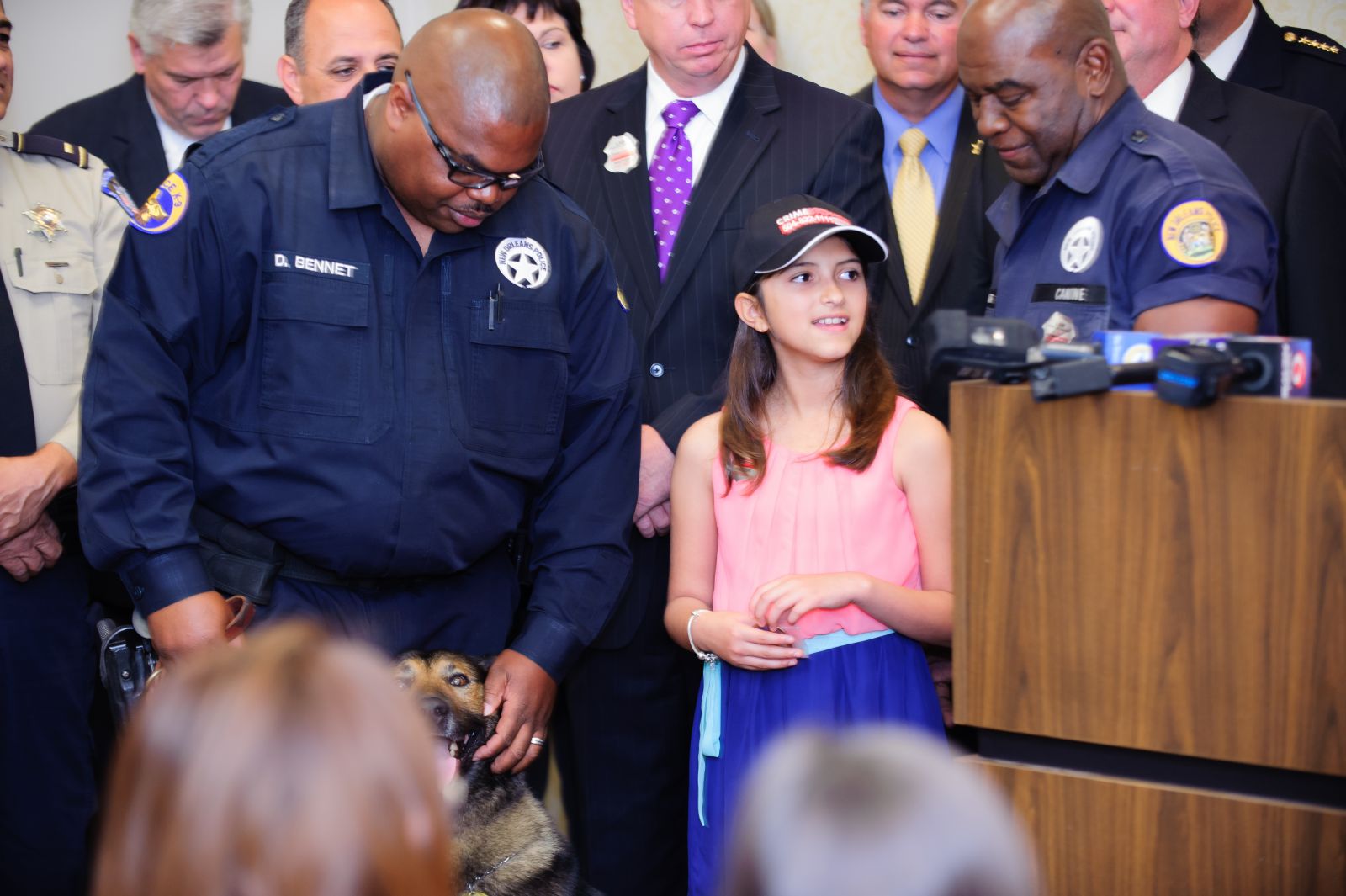 Crimestoppers GNO personally contacted school superintendents to ask them to participate in the challenge and within one week, had over seven school districts signing on to take the “challenge”.  The initiative was mentioned at the Crimestoppers Annual Awards Luncheon, with over 800 individuals present.  Of the 800, at least 350 guests were representatives of law enforcement across the nine parish area.  Crimestoppers printed thank you cards for each school that were delivered to for students to write their “thank you” message.

Within each parish, the school who turns in the highest number of thank you cards will also win a “Pizza Party” compliments of Domino’s Pizza.  To date, close to 200 schools have accepted the “Savannah Challenge” and Crimestoppers GNO has delivered approximately 75,000 cards to students in the third through seventh grade who attend public, private, catholic and charter schools.

“My goal is to tell as many police officers as I can that I love them, and I am thankful for all that they do for us,” said Solis.  “To my heroes, I want to tell them don’t stop, don’t give up, keep fighting crime because you matter to all of us.”

Solis was moved to send 200 cards to police in New York after Officers Wenjian Liu and Rafael Ramos were shot in their patrol car.  She also made 300 more cards for police throughout Texas and visited officers in New York, Texas, London, and New Orleans.  She is on a campaign to challenge her generation to say thank you to law enforcement officers across the world to change negativity directed toward police officers.

Since Savannah would love to grow up to be a canine officer, Cusanza and the New Orleans Police Department Canine Unit had a special presentation for Savannah of an official Canine Officer badge.  The Sheriffs and Police Chiefs who attended the press conference were all amazed by Savannah’s poise and confidence.  Cusanza mentioned that “Savannah’s Challenge” is a great way to teach students the importance of etiquette, civic responsibility and the art of letter writing.  Savannah is a great role model for other youth and adults alike. 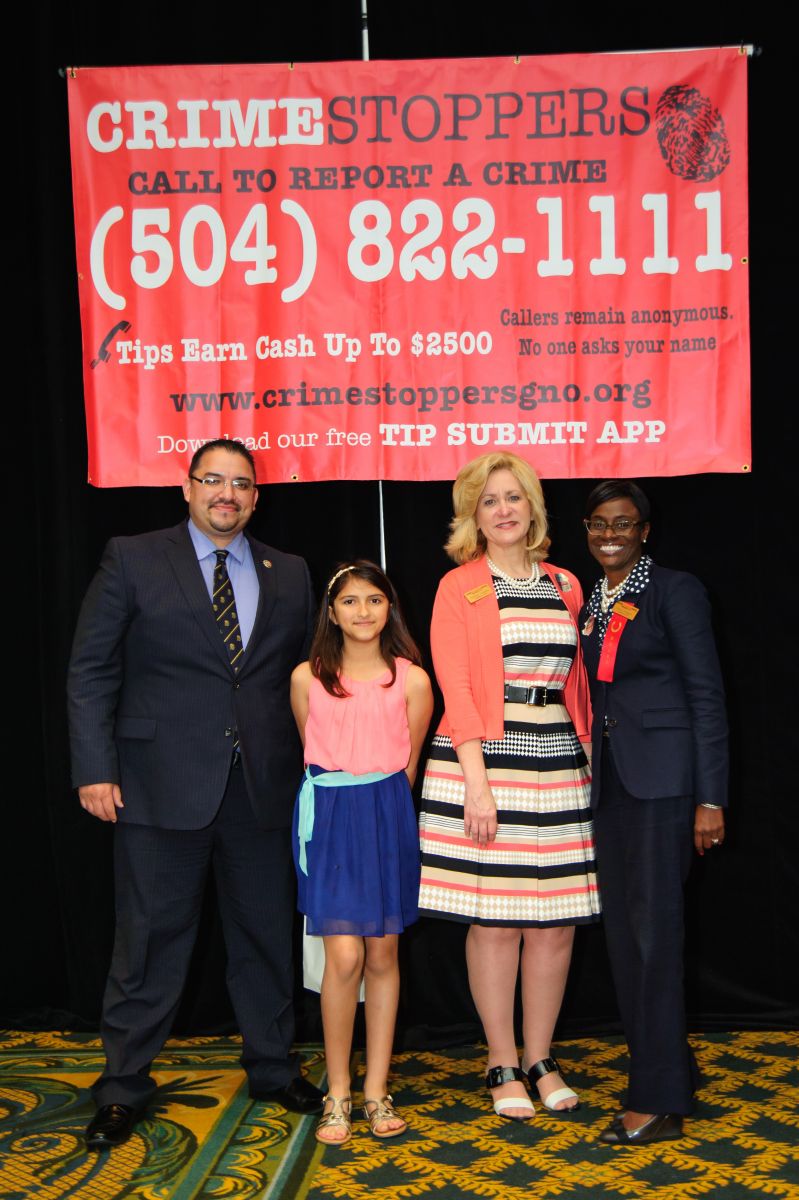