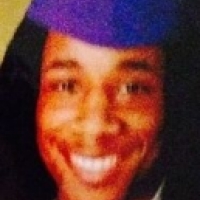 On January 25, 2014,  at about 6 pm Donald was shot several times inside a car in the 1700 block of Odeon St. in Algiers.  Donald drove two blocks before hitting a fence and rolling to a stop at the intersection of Ptolemy St. Donald later died at the local hospital.