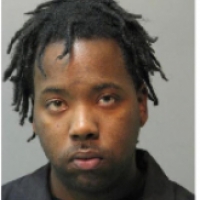 On Thursday, February 23, 2012, at 6:14 am, St. John the Baptist Parish Sheriff’s Office Deputies responded to a residence in the 500 block of Willow Street in LaPlace for the report of a male subject shot. When the b rother of the victim entered the residence, he found his brother unresponsive lying on the floor. Deputies arrived on the crime scene and located Devon Anderson, 23, with wounds possibly from gunshots. Anderson succumbed to his injuries and w as pronounced dead at the scene. A Thursday morning autopsy confirmed the cause of dea th was wounds sustained from gunshots.

Investigators said about an hour prior to deputies arriving on the scene, neighbors heard gunshots and a barking dog. Detectives are a ctively pursuing all leads and ask that anyone with information regarding this incident call St. John the Baptist Parish Sheriff’s Office Detectives at 985-652-6338 or Crimestoppers at 504-822-1111.